Multiple semi-coincident, magnetic and gravity anomalies, have been identified over the Mt Barry project area. These geophysical features have potential to be due to hydrothermal iron-oxide systems.

Mineralised magnetite-amphibole-pyroxene rock was intersected in a historic BHP drillhole (NC9202) 13 km south of ELA2018/198, including disseminated chalcopyrite in massive magnetite and anomalous Rare Earth Elements (up to 1% combined Ce and La). 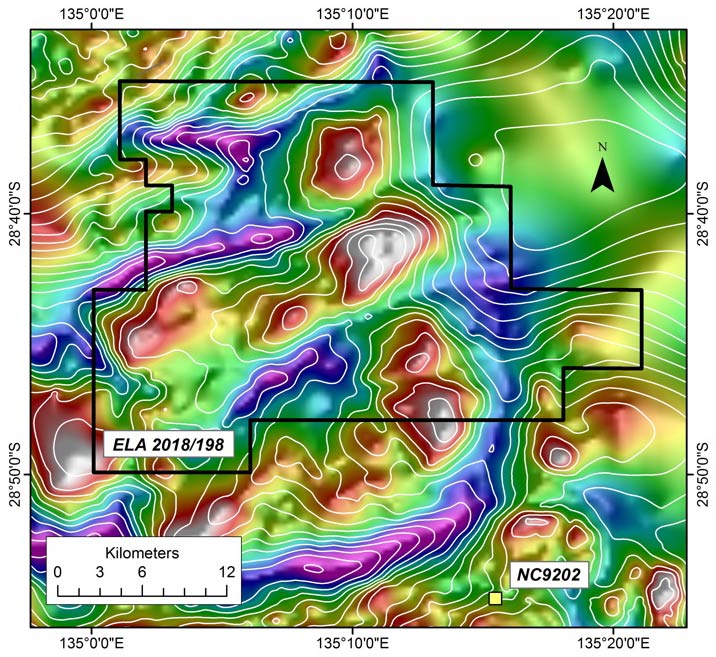